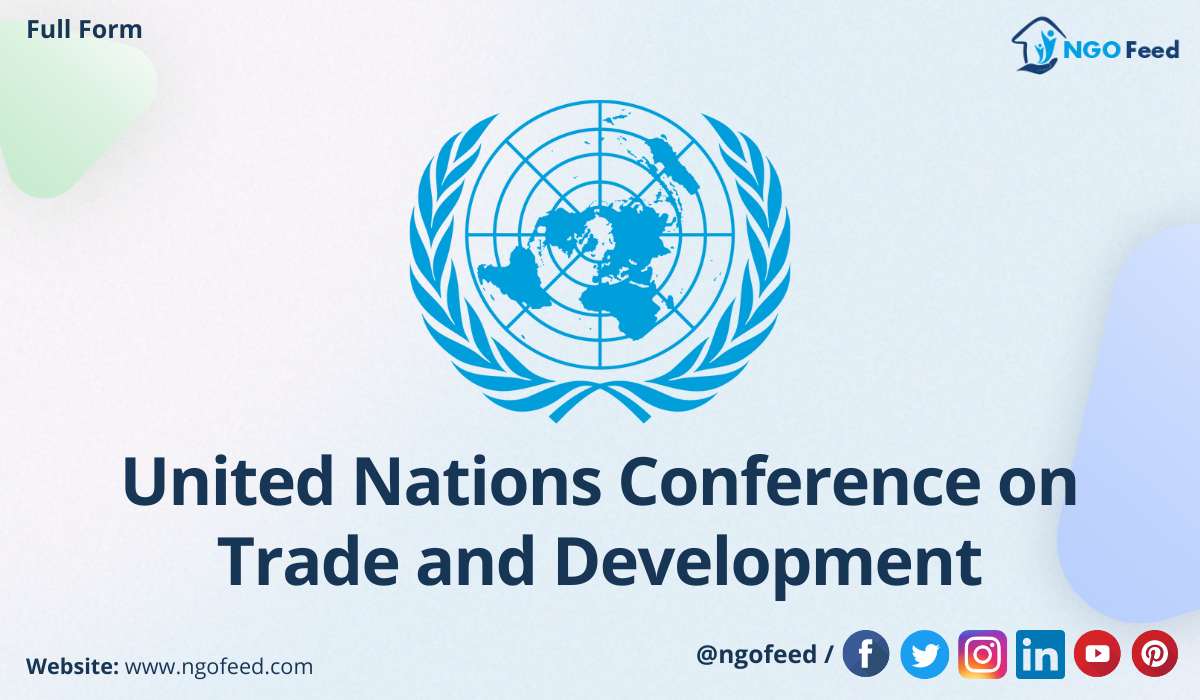 UNCTAD Full Form: The United Nations Conference on Trade and Development promotes economic cooperation and integration among its member states. Today we will talk about UNCTAD, its History and its full form and will give complete information about its functions. Here you will have the complete details on UNCTAD. The United Nations General Assembly (UNGA) established it in 1964 and reports to that body and the United Nations Economic and Social Council (ECOSOC). UNCTAD has 195 member countries and collaborates with nongovernmental organisations worldwide; its permanent secretariat is in Geneva, Switzerland.

Today UNCTAD is functioning in more than 195 countries and dealing with trade, investment, and development issues.

The United Nations Conference on Trade and Development (UNCTAD) is a United Nations body responsible for dealing with development issues, particularly international trade. Its work focuses on the following key areas: Least Developed Countries and Special Programmes; Globalization, interdependence and development; international trade and commodities; investment and enterprise; and technology and logistics. This work often results in analysis and recommendations that can inform national and international policy-making processes and promote economic policies to end global economic inequalities and generate people-centred sustainable development.

Framing policies in various domains such as trade, technology, finance, aid, and transport is the most important priority of UNCTAD. Geneva is the permanent secretariat of UNCTAD, and the conference ordinarily meets once in four years. Working at the national, regional, and global levels, our efforts help countries to:

Functions and Activities of UNCTAD

The Main Functions of the UNCTAD are:

Q. What is the Full form of UNCTAD?

Q. How many countries are in the United Nations Conference on Trade and Development?

Ans. There are 195 countries in the UNCTAD.

Q. Who is the head of the UNCTAD?

Ans. Rebeca Grynspan is the Secretary-General of the United Nations Conference on Trade and Development.

Q. When is UNCTAD Formed?

Q. Is India a member of UNCTAD?

Ans. Yes, India is a member of UNCTAD.