FCRA Amendments: The government permits relatives to send up to Rs. 10 lakh without declaring them. 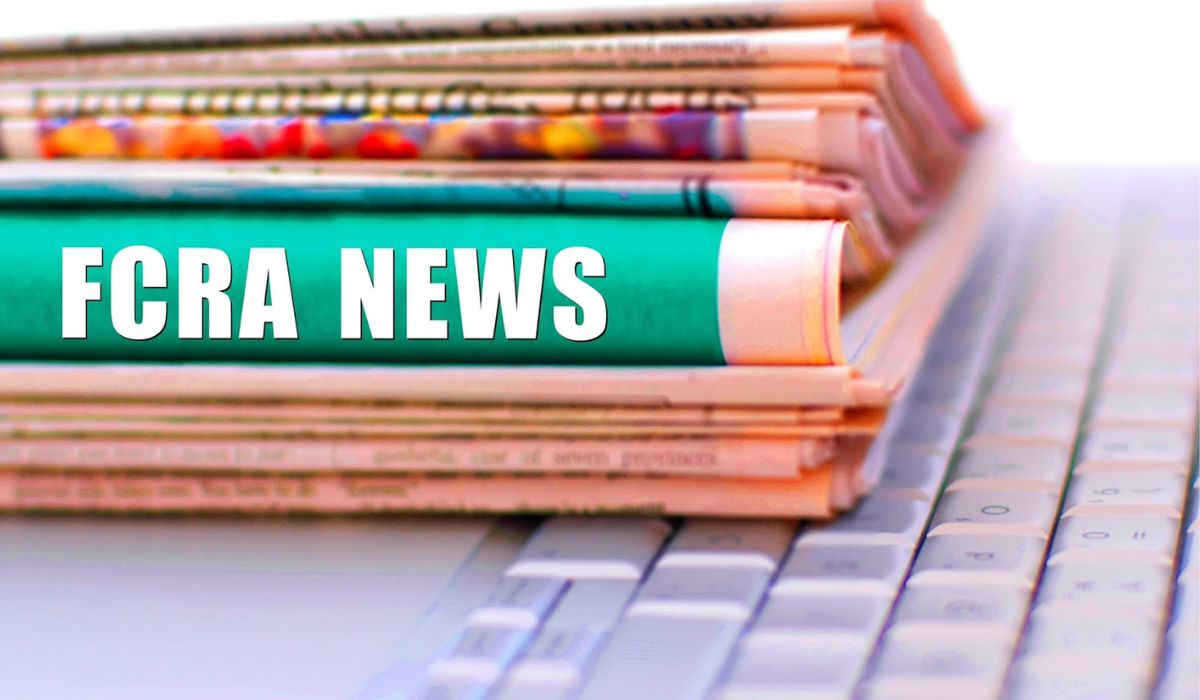 According to the new rule, family members may send the government up to Rs 10 lakh without informing them. People will have three months rather than 30 days to alert the government if the amount is exceeded.

Relatives can now transfer more donations under the Foreign Contribution Regulation Act (FCRA) restrictions, and organisations now have a longer time to inform the government about bank accounts for the use of funds received under the “registration” or “prior approval” categories.

The government also removed the need that a group or person receiving foreign money to disclose such contributions on the group’s official website every three months.

The new rules, titled Foreign Contribution (Regulation) Amendment Rules, 2022, were published in the gazette on Friday by the Ministry of Home Affairs (MHA).

Rule 6 concerns the potential for family members to donate money abroad. “Any person receiving foreign donations from any of his relatives over one lakh rupees or equivalent in a fiscal year shall notify the Central government (details of funds) within 30 days of such receipt,” it had previously been written.

According to the new rule, family members may send the government up to Rs 10 lakh without informing them. People will have three months rather than 30 days to alert the government if the amount is exceeded.

Similar to this, the new regulations make changes to rule 9, which deals with applications for obtaining “registration” or “prior approval” under the FCRA to accept funds, giving individuals and organisations 45 days to inform the MHA about bank accounts that will be used for utilisation of such funds. This period was formerly limited to 30 days.

Rule 13’s paragraph ‘b’, which required the Centre to publish information about donors, the amount received, and the date of receipt every quarter on its website has also been eliminated by the Center. Anyone receiving foreign funds under the FCRA will now need to adhere to the existing requirement of posting the audited statement of accounts on receipts and utilisation of the foreign contribution, including income and expenditure statement, receipt and payment account, and balance sheet, for each fiscal year starting on April 1st, within nine months of the financial year’s close, on its official website or the website designated by the Centre.

In clause (e) of sub-rule (2) of rule 9, the government has substituted “forty-five days” for the words “fifteen days.” The MHA now gives organisations receiving foreign funding 45 days instead of the previous 15 days to tell it of any changes to their bank account, name, address, objectives, or key personnel.

Instead of promptly pursuing the organisations or people, the MHA classified 12 additional FCRA offences as “compoundable” in a second letter that was sent out on Friday. Only seven FCRA offences may previously be compounded.

“According to an unnamed senior MHA official, the changes are being made to reduce the burden of compliance.

Failure to report the establishment of bank accounts, the receipt of foreign cash, the failure to post information on a website, and other FCRA NGO violations are now compoundable offences. Previously, there was a compounding penalty for offences like receiving hospitality from a foreign entity without disclosing it, exceeding the legal limit when using foreign funds for administrative purposes, receiving money in an account other than the one designated for foreign funds, and four other offences. The fine is between Rs. 10,000 and Rs. 1 lakh, or Rs. 5 per cent of the number of foreign funds, whichever is higher.

I am Aila Khan from Delhi, completed my post-graduation in international relations. Currently working in ngofeed as an content writer. My passion is to explore new things and learn them from depth.