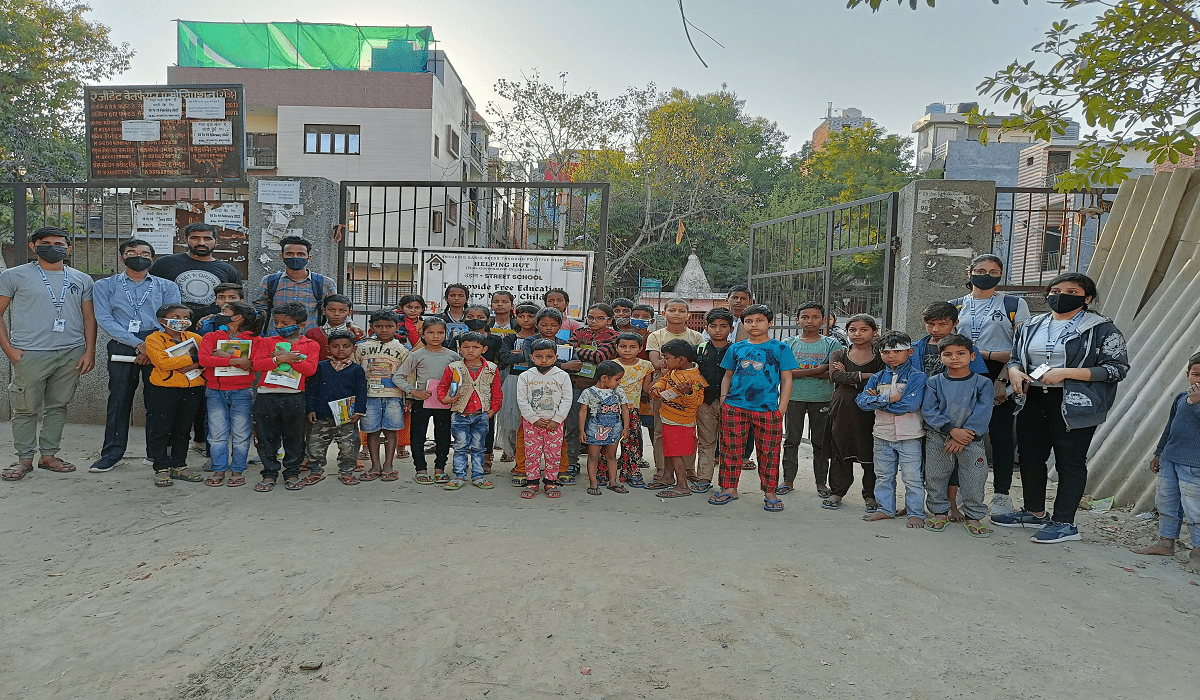 Helping Hut NGO success story of Raghvendra Pratap Singh: Raghvendra Pratap Singh belongs to a backward village in Uttar Pradesh. At the age of ten, he completed his education with the limited resources of his village, and due to the strictness of his elder brother and sister, he only gave full attention to his studies. Because of this, he was not involved in any other extra-curricular activities.

Seeing the quality of education in his village, he decided at 11 that he should live in the city for better education and opportunities. Since then, he has been living alone without his family. He completed his higher secondary education at the Air Force School Gwalior. After that, he joined Deen Dayal Upadhyaya College, University of Delhi. During school, he was not involved in any extra-curricular activities. Still, after coming to college, he participated in many extra-curricular activities and competitions and became more interactive, which boosted his confidence. When he was 15–16 years old, i.e., during school, he saw videos of Varun Pruthi Sir in which he used to give gifts to beggars instead of money. Inspired by Varun Sir and seeing young children asking others for money, he got inspired to make India a Beggar-free country.

Since childhood, he has seen people begging on the streets. Some children did not get bread, clothes, or even a house in childhood; on the other hand, they were getting every possible facility for education, health, or food. These facilities made him value those things and sensitized him towards people without such needs, so he started the Helping Hut NGO, which became the first step toward making India a beggar-free country.

He has the vision to make India a beggar-free country, where every person has a job and, instead of begging, he is responsible for earning bread and butter through his hard work. Begging should never be a substitute for earning a livelihood. Along with this, Helping Hut (NGO) organization started a campaign to make people aware of beggars, in which people were made aware that they should not give beggars money, food, or some essential items as gifts.

Apart from this, he believes that education is the most powerful weapon of this era by which the NGO can make the country self-reliant and beggar-free. Keeping this in mind, he started Udaan-Street School with the NGO tireless volunteers, under which they are teaching 250+ students at different places every day and also developing fundamental moral values. They also organise fun activities for kids, like drawing competitions, food competitions, various games, etc.

At the time of COVID, he tried to form teams in almost every city in India under Helping Hut with his volunteers, and in the end, teams of more than 2000 volunteers were formed in 15 to 20 cities. After this, they issued a helpline number, through which people used to contact oxygen cylinders and other medical facilities. Helping Hut (NGO)

team usually provides the goods as per the requirements in the shortest possible time.

One day, he got a message from an unknown number saying that because of his team, a member of his family was saved, and he got a lot of encouragement after reading that message.

Currently, under Helping Hut, they have teams in over 10 cities in India, with over 750 volunteers.

I genuinely enjoy writing research-based content that gives our readers and audience reliable, accurate information. I sincerely hope you find the article informative and helpful. Please leave a comment if you have any suggestions or corrections. Your reviews are very valuable.