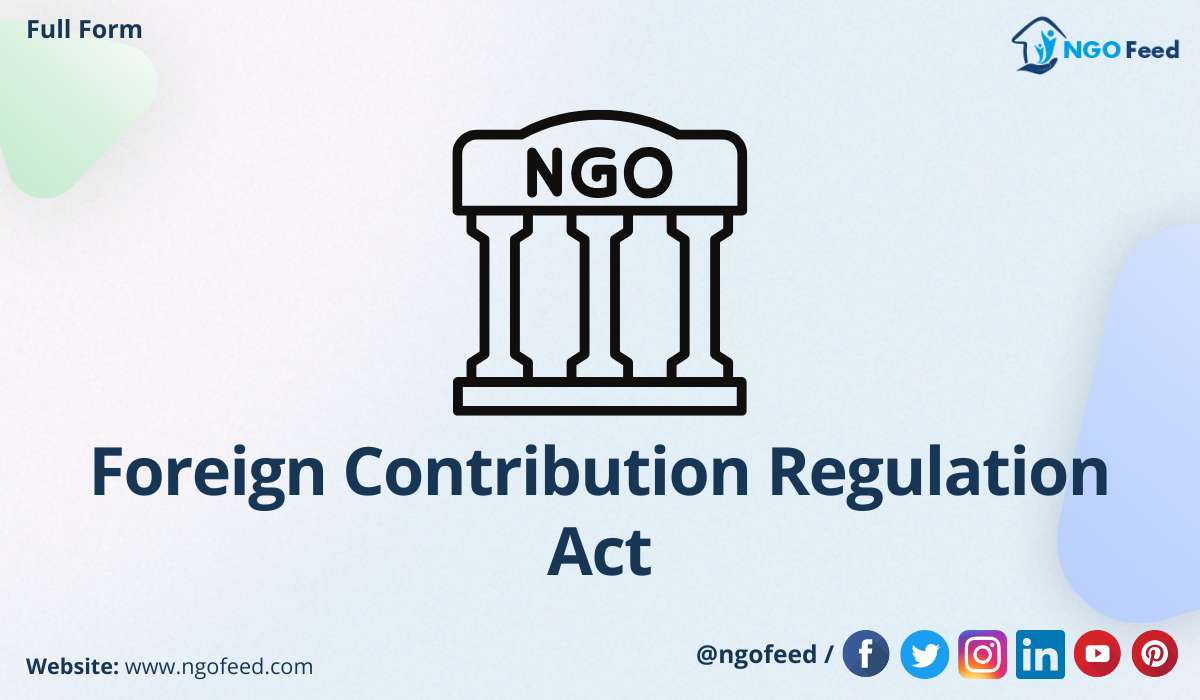 FCRA Full Form: FCRA stands for Foreign contribution regulation Act, and FCRA 1976 is a law of the Government of India which regulates the receipt of foreign contributions or aid from outside India to Indian territories. This is essential to ensure that such assistance does not affect politics or any other situation in India. For genuine donation, the provision of law is not very difficult to comply with. Regular compliance is limited to the filing of annual returns every year. This law is enforced by the Ministry of Home Affairs, Government of India. The ministry has a separate section to ensure compliance with the Foreign Funding Registration.

What is Foreign Contribution?

As defined in Section 2(1) (h) of FCRA, 2010, “foreign contribution” means the donation, delivery or transfer made by any foreign source ─

In other words: A donation, delivery or transfer of any article, currency or foreign security referred to in this clause by any person who has received it from any foreign source, either directly or through one or more persons, shall also be deemed to be foreign contribution with the meaning of this clause.

Registration and Prior Permission

Now the questions are started How does a person obtain permission to accept foreign contributions? So there are two modes of obtaining permission to receive foreign assistance, according to FCRA, 2010:

This section will provide detailed information about FCRA Registration Eligibility criteria for FCRA registration or Prior Permission. In the present scenario, the world is more focused on social and environmental causes; apart from their common profit-making objective, businesses themselveThectivities that promote social, economic, cultural, etc. In the present scenario, logical growth and prosperity. So check the details information one by one.

Eligibility criteria for grant of registration:

Who can receive foreign contributions?

A ‘person’, as defined in Section 2(1)(m) with the exclusion of those mentioned in Section 3 of FCRA, 2010, having a definite cultural, economic, educational, religious or social programme can receive foreign contribution after it obtains the prior permission of the Central Government, or gets itself registered with the Central Government. Illustrative but not exhaustive lists of activities that are permissible and may be carried out by associations of different natures are available on the website — http://mha.nic.in/fcra/

Is a donation given by an Indian origin and having foreign nationality treated as a ‘foreign contribution’?

Yes. A donation from an Indian who has acquired foreign citizenship is treated as a foreign contribution. This will also apply to PIO cardholders and Overseas Citizens of India. However, this will not apply to ‘Non-resident Indians’ who still hold Indian citizenship.

Can foreign contributions be received in rupees? Ans.