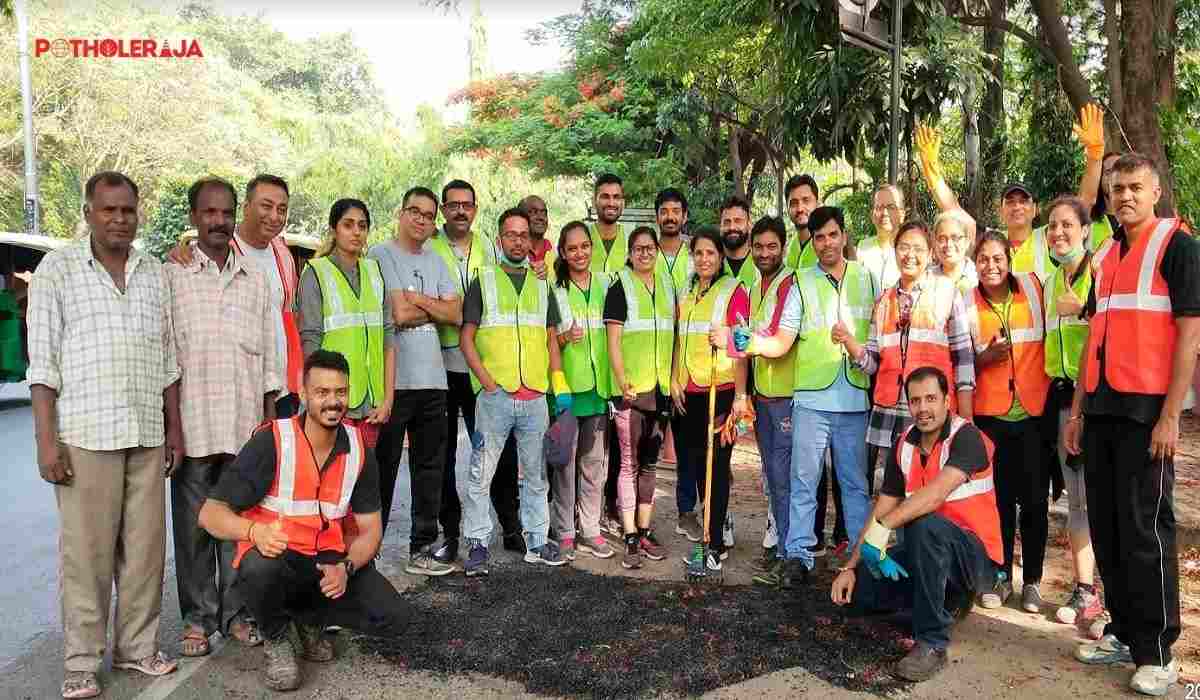 The Founder’s Story: It all started when their Founder, Dr Prathaap B. Rao, accepted the situation of bad roads in India and thought if he, as an individual, could do something about it?
An ex-Indian Airforce pilot, after a crash-landing, had to move out of the Airforce and thus started his corporate journey. After 11 yrs incorporation, when he decided to leave the job in 2011, he was the Global VP of HP. While he was working in HP, many people from outside connected to India usually as a fantastic culture, beautiful place but horrible roads.

After that, his entrepreneurial journey started initially as a management consultant. He started working with many companies that were towards road management and construction leasing him to understand the reason behind the bad roads.

The research started in terms of road safety; potholes were one of the biggest reasons for death on Indian Roads, which led to PotHoleRaja’s formation. And the first Pothole Fixing happened in 2016. Their co-founder, Sourabh Kumar, started working with HP as a Software Developer. One news article related to a pothole accident caught his eyes, shook him, and led him to ask,” Is a pothole worth taking someone’s life? And with that, he initially joined Prathaap as a volunteer for 7 months and then decided to leave his job at HP and choose to continue the mission of making their world pothole-free

Why PotHoleRaja as a Name:

In ancient times, kings and queens used to travel only on good roads, and an organization believed that everyone should be able to travel like a king/queen, and they wanted to make that possible for them. Anyone associated with their organization as a volunteer, donor, or partner calls them PotHoleRaja/PotHoleRani.

Impact of PotHoleRaja (In the 5yrs journey, they Have):

What do they plan to do in the future?

Rural Road Project: Transform the complete village into a model village in terms of road & road safety, thus generating employment for the youth.
Solar Roads: This is under R&D. The focus is to build roads that will generate electricity.